The dogs that help out all Tennesseans

“If someone is hunkered down in the woods, I can find them. If there’s an illegal wildlife carcass hidden in a vehicle or a building, I’ll find that, too.”

TWRA’s K-9 officer program officially began in 2004 with the training of two officers traveling to Kentucky to be trained as instructors. They in turn came back and trained two more officers the following year. In year three, they trained three more officers and their dogs. This brought the current total to seven canine teams in the state. These dogs are trained to find wildlife, firearms, and to track people. There skills prove very useful in many situations each year across the state. Although the main focus of the K-9 program is law enforcement, the dogs and officers make many public appearances each year to school groups, and civic clubs. These interactions reinforce the positive role wildlife officers and their K-9s play in their communities. 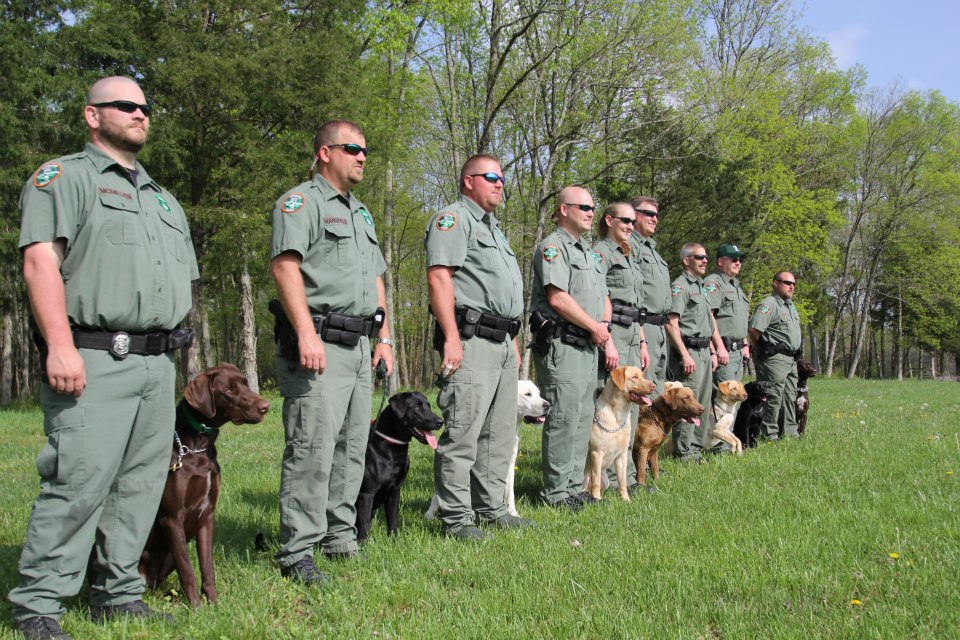 The cost of maintaining and training a canine the first year is around $1,200 and approximately $750 a year after that. This includes routine vet visits, training supplies, and pet food, but does not include the hours of training involved to keep the dogs in top working condition or outfitting each officer’s truck with a kennel. Officers are often able to train their dogs while they are conducting their regular duties. The K-9 program has proven very effective in assisting TWRA make cases and stop poaching in Tennessee. Dogs regularly aid in making cases, and each animal may interact with over 2000 school age children each year.

Although TWRA sees the program as vital, the funding for the program has not been sufficient to help officers fully cover the cost of their partners. Officers have been maintaining their K-9’s with some assistance from TWRA, but they have been picking up the remainder of the bill on their own. At this point the officers have to outfit their own truck with a kennel. The cost to put a manufactured kennel in a truck is estimated between $800 to $1,000. The current K-9 officers and their dogs need additional funding to keep the program going and to outfit their trucks with kennels. The ultimate goal is to train five more officers in Tennessee for a total of twelve K-9 units. TWRF has volunteered to assist in bringing awareness to this great program, and the dogs that help out all Tennesseans.

If you would like to make a contribution for this worthy cause, please click the donate button below.