“The Junior Duck Stamp Program taps into children’s creativity while bringing the outdoors into the classroom.” 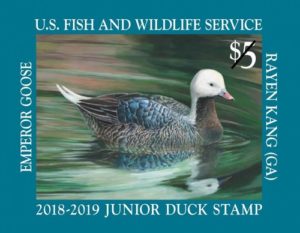 The Federal Junior Duck Stamp Conservation and Design Program is a dynamic art and science-based curriculum that teaches students wetland and waterfowl conservation to students in kindergarten through high school.

The program encourages students to explore their natural world, invites them to investigate biology and wildlife management principles and challenges them to express and share what they have learned with others. The program uses the environment as the theme to creatively teach core subjects. Instead of writing a research paper, students draw, paint, or cut and glue what they have learned! Students are encouraged to design a duck stamp depicting a native North American waterfowl species in their natural habitat and submit their artwork for an art competition.

The Junior Duck Stamp Art Contest is the culmination of the Junior Duck Stamp educational program. After studying waterfowl anatomy and habitat, students express their newfound knowledge by drawing or painting a picture of an eligible North American waterfowl species. Students from across the United States submit their artwork to their state, territory or district art competition.

When students submit an entry in the Tennessee competition, they have the chance to win some great prizes and even attend an awards ceremony in Brentwood, TN. 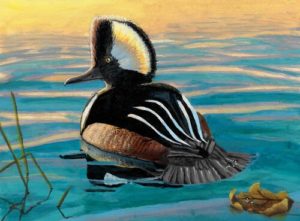 Twelve year old student Joshua Lee from Pikeville, Tennessee is youngest to ever win Best of Show with a portrayal of a sunset lit hooded merganser. “This is the youngest student we have had take top honors since the Tennessee contest began 25 years ago” said Joan Howe, the Tennessee coordinator for the program. He created his winning entry using acrylic paint medium. Joshua will receive the $1000.00 Jeanette Rudy scholarship provided by the Tennessee Wildlife Resources Foundation along with other prizes including a framed Federal Duck Stamp Print provided by Ducks Unlimited. His artwork will also be made into a Tennessee state waterfowl collector stamp made available from the Tennessee Wildlife Resources Agency. Also entered in Tennessee’s Junior Duck Stamp Contest were 341 individuals in four different age group categories. The awards ceremony, normally hosted by the U.S. Fish and Wildlife Service and its partners in Brentwood, TN was been cancelled due to the concerns about the coronavirus. Awards and prizes that include plaques, ribbons and certificates will be mailed to all 100 winners in the contest. 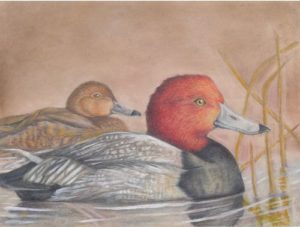 Congratulations to 17-year-old Erica Brock from LaFollette, Tennessee. Erica won Best of Show in the 2019 Tennessee Federal Junior Duck Stamp Design Contest with a portrayal of a pair of redheads. The contest was held March 28th at the Tennessee National Wildlife Refuge. Her winning entry was created with mixed media using a combination of colored pencil, acrylic and pastel. Erica will received the $1,000 Jeanette Rudy scholarship provided by the Tennessee Wildlife Resources Foundation, along with other prizes, including a framed 2018 Federal Duck Stamp Print. 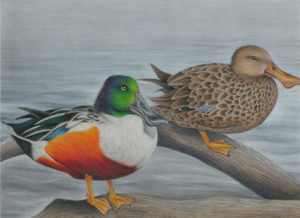 Eighteen year old Brienna Miller from LaFollette won top honors for 2018 with a pair of Northern shovelers in colored pencil and pastel. The Tennessee Federal Junior Duck Stamp Design Contest was held March 27 at the Tennessee National Wildlife Refuge in Henry County. Brienna will received the $1,000 Jeanette Rudy scholarship provided by the Tennessee Wildlife Resources Foundation, along with other prizes, including a framed 2017 Federal Duck Stamp Print. 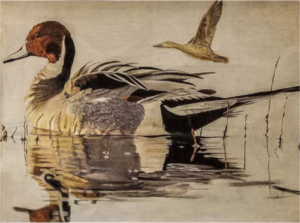 Sixteen year old Alana Clark from Chattanooga won top honors with her colored pencil portrayal of a Northern Pintail. The competition was held March 22nd at the Tennessee National Wildlife Refuge. Alana received the Jeanette Rudy $1,000 college scholarship provided by TWRF and her artwork will be on the state junior waterfowl stamp for the year. Alana’s artwork was also sent to the national level, where her entry competed with 50 other state Best of Show winners on April 21st, 2017.

This program is FREE to enter and participate! The national program is sponsored by the U. S. Fish & Wildlife Service and includes fully correlated national curriculum.

All entries for the Tennessee art competition are due on March 15 each year. Soon after the annual entry deadline, the artwork is judged by a panel of experts. The judges change each year, but the panel typically includes a combination of waterfowl biologists, artists, and natural resource professionals. The art is separated into four grade groups (K-3, 4-6, 7-9, and 10-12), and each group is judged independently. Once the first place winners for each group have been selected, they are viewed again to select a single Best of Show for the state. 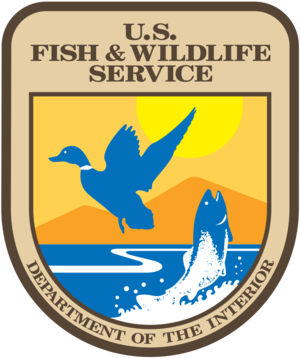 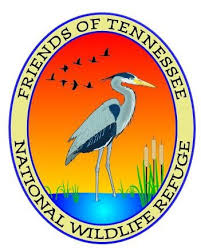 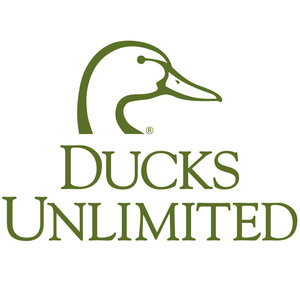