When your passions and professions come together, powerful things happen 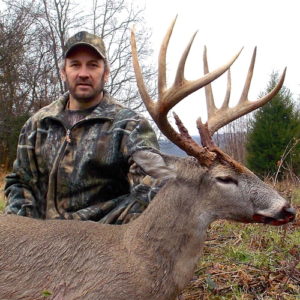 Born and raised in the hills of Tennessee, Johnny Allred spent a lot of time Daniel Booneing it as a kid. “I was instilled with the passion of hunting and trapping by my father when I was young.” This passion has never left him. Johnny was a past-winning guide for the coveted Tennessee Governors One Shot Turkey Hunt. He has many credits to his hunting and shooting abilities and has been one of Tennessee’s top ranked outdoor archers. Johnny has successfully guided hunters for almost every North American species of big game…and how many people can say they were charged by a mountain lion while elk hunting? He was also the big game guide on the number one rated outdoor show The North American Sportsman. Johnny can still be seen on many hunting shows and hunting publications, as he guides hunters in search of game from elk to turkey. He has harvested almost every species of small game and big game indigenous to the fifty states with archery equipment.
Johnny has been a Pro-Staff member for Commando Hunting Products, Knight and Hale Game Calls, Mathews Archery, Longleaf Camo, and Strut & Rut Energy Shot.
Johnny, his wife Lisa and daughters Brooke and Magen live in Culleoka, Tennessee. He has also instilled the sporting lifestyle into his girls, and both are avid hunters. 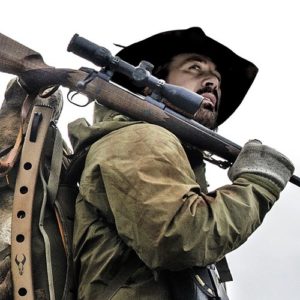 “I could not believe a state could be so green as Tennessee during spring turkey season” said Richard Logsdon after moving to Nashville from Austin, Texas in 1984. While on an elk hunting trip in Colorado the year before, Richard met an up-and-coming country music singer by the name of Gary Morris. Morris offered him a job which led to a 30 year career in the music business. Having studied art and design at Utah State University, Richard has designed tour merchandise, logos, advertisements, illustrations, CD covers and touring stage sets.
“I have always been passionate about hunting, fishing and the great outdoors. It is the perfect job for me to incorporate my creativity and artistic ability with an organization that benefits Tennessee wildlife, the preservation of its habitat, and our outdoor heritage.”
Richard lives in Franklin, Tennessee and is a life-time member of The North American Hunting Club and the NRA.

A native from Nebraska, Dan moved to Tennessee in 2001. An avid outdoorsman, he enjoys camping and being outdoors. Dan has found Tennessee’s State Parks and the U.S. Army Corps of Engineers camp sites to be some of the best in the country. You can spot Dan when he is out camping as he always has his companions Dino & Fancy (Yorkies) with him.