A Legacy in Avian Conservation

Robert (Bob) Hatcher worked for the Tennessee Wildlife Resources Agency (TWRA) for 38 years (1978-2001), including 23 years as the Non-Game and Endangered Species Coordinator. During his career, he worked tirelessly to restore threatened and endangered species like the Bald Eagle. The stately symbol of American freedom had all but disappeared from the Tennessee landscape by 1961. Bob’s hard work and dedication helped bring this iconic bird back from the brink of extinction. Today there are more than 200 nesting pairs of Bald Eagles throughout the state. 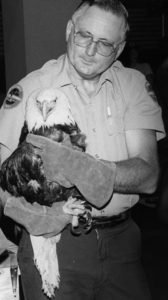 Mr. Hatcher lost his courageous battle with cancer in July of 2014. To honor his memory, the Hatcher family established the Robert M. Hatcher Ornithological Scholarship through the Tennessee Wildlife Resources Foundation in 2016. Providing financial assistance opportunities for students enrolled in any Tennessee college or university, this annual scholarship is awarded to exemplary students pursuing a career in avian conservation.

You can ensure the continuation of this scholarship by becoming a sustaining member. With the click of a button, your annually recurring donation will be used to advance avian conservation in Tennessee through scientific research. One hundred percent of the money donated will go directly to the scholarship fund.

There will never be another like Bob Hatcher, but with your support, we can help future generations of aspiring conservationists carry on his life’s work. 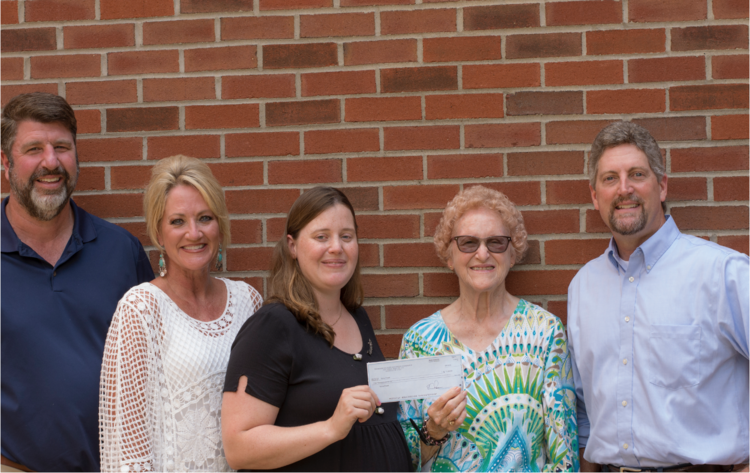 Sylvia is a graduate student at Austin Peay State University evaluating the nesting ecology of the Louisiana Waterthrush in Central Tennessee. Sylvia received her undergraduate degree from Earlham College in Indiana. 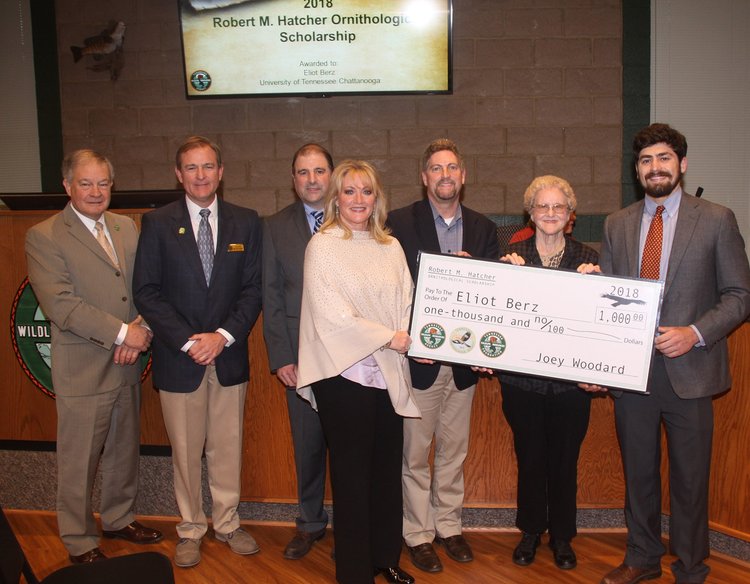 The 2018 Robert M. Hatcher Memorial Scholarship was awarded to Eliot Berz, a graduate student at University of Tennessee at Chattanooga.

Eliot Berz is a graduate student at the University of Tennessee at Chatanooga and also works as the Avian Technician for the Tennessee River Gorge Trust in Chattanooga. 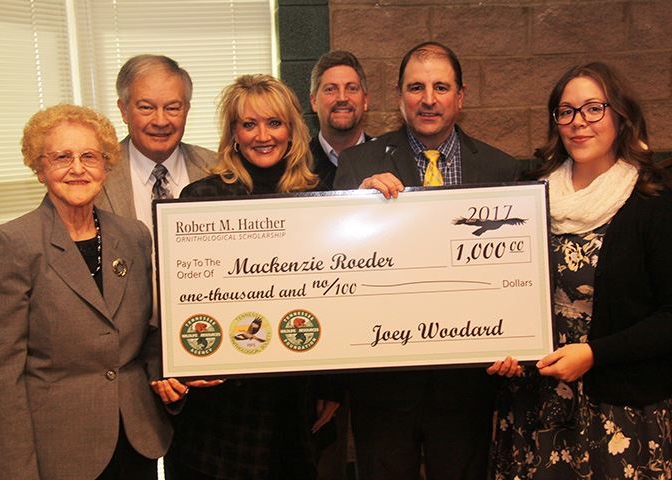 The second recipient of the Robert M. Hatcher Memorial Scholarship was presented to Mackenzie Roeder, a graduate student at Austin Peay State University.

Mackenzie was recognized and presented the award at the January meeting of the Tennessee Fish and Wildlife Commission on January 25, 2018. 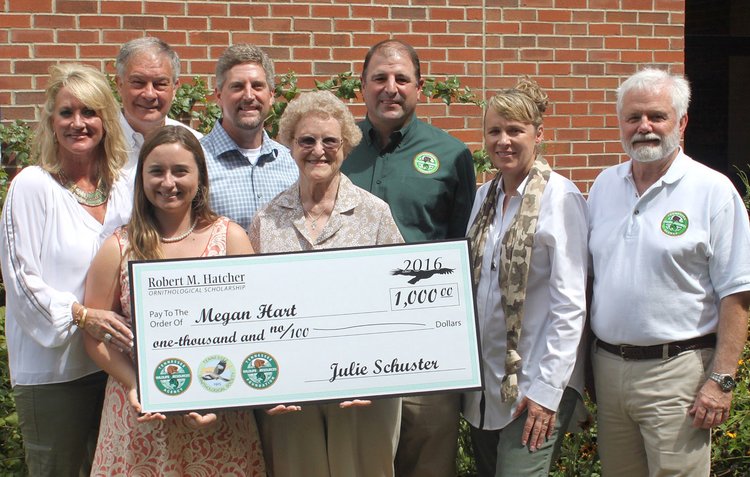 Megan Hart, a graduate student at Austin Peay State University, was the first recipient of the Robert M. Hatcher Memorial Scholarship. The $1,000 scholarship was presented to Megan on August 15, 2016, on the campus at Austin Peay.

The American Eagle Foundation (AEF) in cooperation with the Tennessee Wildlife Resources Agency (TWRA) released a Bald Eagle near the Cumberland River in Nashville on Tuesday, July 15th, 2014 at the Bell’s Bend Park. This release honored Robert M. Hatcher, who initiated Tennessee’s Bald Eagle recovery efforts in the early 1980s. The eagle was named “Hatcher’s Legacy.”